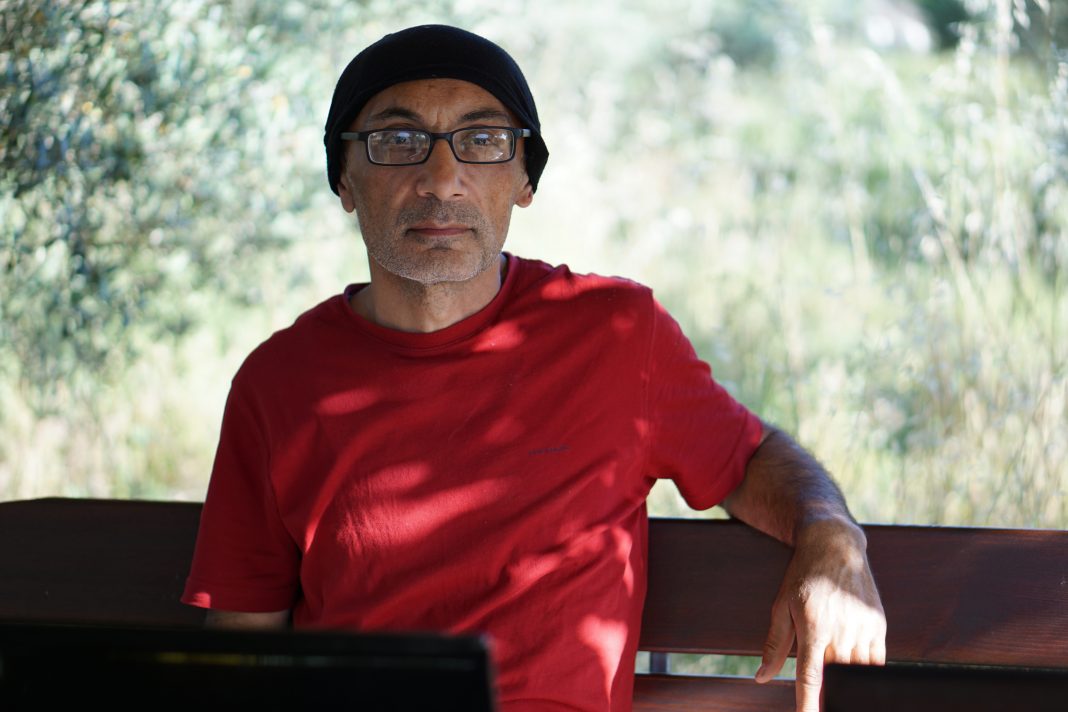 – I heard that you were one of the brilliant doctors and professors in your field. Why you had been arrested? Tell about that period in your life.

It could sound arrogant to call myself brilliant. However, there are objective achievements I should mention for the records. Although I come from a small village in the Black sea, I managed to study and become a professor. In fact, I am among the first ten family medicine professors in Turkey. Besides, I speak Turkish, English, German, and Arabic. I have published 12 books and over 400 articles. Other than that, all my professional life, I worked honestly for the good of others. Even the guy who witnessed against me in the court confessed that I helped him in the past. On my YouTube channel, I have plus 500 educational videos for scientists and students, which are there only for public service. One can easily deduct from that much that I bear some value. The credits mentioned above are sufficient to be recognized internationally, not only locally… Mentioning about the period of my arrest is difficult for me. First of all, it was an enormous trauma. I still experience the post-traumatic effect of that period. As an example, I start to have a bitter taste in my mouth and become nervous when I see the police.I guess it was that traumatic because it was so extremely unexpected for me. I supported this government for their remodeling of primary care in Turkey. I was being invited to almost all conferences and official meetings related to family medicine. Then, one day, out of a sudden, I became an alleged terrorist.First, I didn’t believe it. I thought, “These are my Moslem brothers. There must be a mistake.” However, they kept me in prison for 14 months. Soon, I understood the severity of the condition. I became angry with everybody. I had terrible feelings even for those who actually cared for me because most of the people kept silent. Indeed, people were afraid of their own future. The arrestments were not ceasing.Later, I realized that I had experienced a condition that is medically called “an acute stress disorder.” I had gone through all five steps of grief (denial, anger, bargaining, depression, and acceptance). During the first six months in prison, I was craving for death. I lost all my interest in life and was crying all the time. They put 14 of us in a prison cell, which was designed for 4-6 persons. My roommates were all educated people; professors, PhD holders, police officers, and one imam of a mosque… However, nobody, including me, could recognize that I had a major depression requiring medical attention. At last, they sent me to the psychological service, and from there, I was referred to the hospital for medical management.There is too much pain in the prison period of my life. Maybe I should keep short. However, I must mention that I had a rare condition in my esophagus, which required surgical intervention. After the operation, I stayed in the intensive care unit for 10 days. The death blow to my sufferings came when the guard cuffed me to the hospital bed with lines hanging everywhere in my body. I entered the prison as 74 kg and was released with 56 kg. I feel ashamed to tell you all this because I know there are thousands of other horrible stories; people died or killed themselves during that period. I would have attempted suicide, too, if I didn’t fear Allah. I knew I was not the only one living this trauma. Hundreds of thousands of people were experiencing similar, even worse things.

– Was it easy to find a new job after that?

Of course, it was not easy at all. It was not possible in 2016 when I first lost my job, and it is also not possible today. There is enormous political pressure on employers. Although I am acquitted from the allegation, only a few private companies would have the courage to employ people like me. Even the court has announced me innocent after four years of unending court hearings, people like me are stigmatized here. I have never been involved in politics, but having gone through this means that you are regarded as an opponent of the management. I hear that some of my purged doctor friends are working for private hospitals for meager salaries. The private initiatives are abusing the condition because people have no choice.My last post as a professor was at Sifa University. After the university was closed by a decree-law and I lost my job, I applied to 8 different universities. Only one dean dared to respond and politely decline my application.I decided not to be a fuel for the capitalist health institutions. Hence, the first few months after prison, I worked on a farm, which helped to rehabilitate myself and adapt to a normal life. Later, I focused on the academic consultation business.

-So How do you earn your family expenses?

I learned to live with minimum expenses. In fact, in my previous life, I was spending a significant part of my income for other people. Now, I live a humble life. My wife is a retired nurse, and we own a small house in Izmir. My daughter and son are studying in good universities with scholarships. Thus, I do not have many expenses.I established a private company for academic consultation. Currently, I work from home, giving online courses on academic writing and biostatistics. Because of my good reputation, there is more demand than I can cover. However, I am a professor whose place should be an academic institution. Therefore, I applied to some international organizations, including the Scholars at Risk. I am hoping to have a post at a European university soon.

– What do you think about the human rights field in Turkey?

In my opinion, our scorecard concerning human rights has never been good. Unfortunately, I was not aware of the happenings or closed an eye in the past because of my patriotic feelings. The things I have been through allowed me to see other sufferings. It is tough to be a minority here. No matter whether you are a political, religious, or racial minority. Even the Kurds, who constitute a substantial part of the population, are not happy from the human rights perspective. I realized that the Human Rights Association İnsan Hakları Derneği,  is striving for the rights of all. Additionally, people who lost their jobs during the last years came together and formed the KHK platforms. However, the majority of the population is still ignorant of the rights of others. I am afraid it is the behavior of the underdeveloped communities to care for only their own partisans.

– And what about the Turkish government policies?

As I said, I am not involved in politics. But, unfortunately, politics got involved with me; I suffered because of bad politics. I will not criticize here the leading AKP from the political point of view. However, there are apparent mistakes they did and keep doing. First of all, they hurt hundreds and thousands of people who are actually their own potential voters. According to Mustafa Yeneroğlu, a former member of the AKP, more than one million legal transactions were made accusing people of being terrorists. Even as to the official figures, this number is around 600 thousand. Can you imagine a terrorist organization with one million members? I stayed with tens of people in prison. Frankly said, among them, I didn’t witness any single person defending terror.Besides, more than a hundred journalists, including Ahmet Altan, are in jail for years. There are around 10 thousand women and 800 babies with their mothers in Turkish prisons. Even puerperal mothers are arrested. More than 500 people died in prisons in one year. So, in my opinion, early or later, the pain and suffering they caused will turn against the AKP. Additionally, as far as I follow from international media, Turkey has a bad reputation in general. They promised zero conflict, but today, Turkey has problems with almost everyone. I would suggest the government to start making peace. Peace first with their own citizens and then globally, beginning from the neighboring countries.

– Many reports tell about the bad conditions of prisoners because of the corona virus, can you tell more about that?

Discrimination is bad. However, once you lose the thread, it is challenging to keep things under control anymore. As did most countries, it was a correct decision to empty the prisons to protect the prisoners from the corona outbreak. Unfortunately, they decided not to release the alleged terrorists. Instead, they released murderers, robbers, and rapists. I can’t understand the reason for this discrimination. On the other hand, the released criminals already started to cause trouble in the community.

– Are you optimistic about the future of turkey if AK party and president Erdogan continued to rule?

I do not intend to criticize the AKP or Erdogan. Not because of the risk of getting in trouble by raising your voice (which happens easily these days), but mainly because I doubt that they will change. My family nor I have hope for the future of Turkey if they continue with these policies. And, I am afraid, this is the feeling of hundreds of thousands of others in the country.

THE LIST OF 138 “CRIMES AGAINST HUMANITY” POLICIES OR PRACTICES COMMITTED AGAINST THE PEOPLE WHO WERE POLITICALLY TARGETED BY THE AKP GOVERNMENT IN TURKEY...