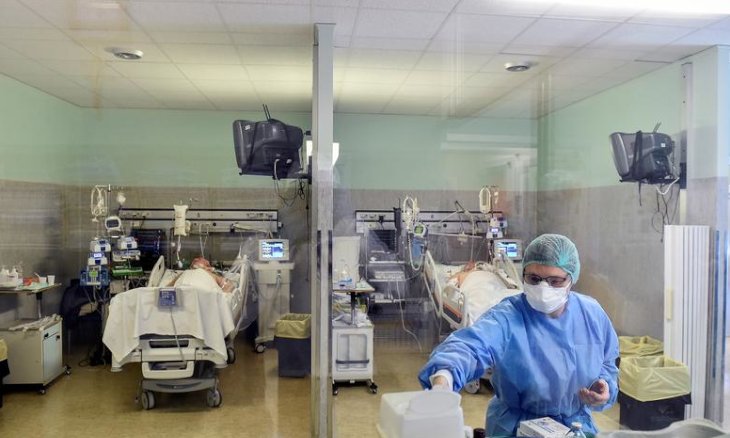 Turkey’s medical staff sacked with statutory decrees (KHK) have been calling on the government to reinstate them back to their jobs amid the coronavirus outbreak, saying that they want to help the country.

Since 2016, the government has sacked approximately 15,000 medical staff via decrees during a period of emergency rule imposed in the aftermath of a failed coup attempt.

The sacked health officials now say that they want to contribute to Turkey’s fight against the virus outbreak.

One of these medical staff is practicing physician Feyit Yılmaz, who was sacked on Oct. 29, 2016. Yılmaz says that if given the opportunity, he is ready to do his best for the general welfare of the public.

“The struggle of the Turkish Medical Association and associations putting a fight for the people is our struggle. I will be always ready for the duty from wherever the demand comes if it is undertaken for the [welfare of the] people. We have been sacked in an unfair and unlawful way. I will not throw myself at the feet of anyone for this. But, we will stand upright to defend our rights,” Yılmaz told Gazete Duvar.

Mehmet Antmen, the head of the medical chamber of the southern province of Mersin, is another public employee who was dismissed from his duty in 2016. He said that many sacked doctors and nurses previously are ready for this duty even if coronavirus is a “very dangerous disease.”

“Many medical staff are saying, ‘I have high blood pressure and I am over the age of 65, so I do not want to work.’ And they are right,” Antmen said.

“If they [the government officials] provide our personal protection equipment and take the necessary health precautions, we are ready to work in this,” he said, adding that the number of sacked doctors who are willing to work in this challenge is 3,500.

Antmen however emphasized that the doctors were willing to accept this job only if the government “protects their interests.”

A doctor who is now working as a workplace doctor at a private company said that he would accept the challenge “on behalf of humanity” and it would be irrational of the state to not utilize sacked medical staff in such a crisis.

“People whose crimes have not been yet proved need to be reinstated to their jobs,” said the doctor, who did not want to share his name. He said that he was willing to even work free of charge, if his current work hours allowed it.

“For example, if they [the government officials] told me, ‘You are now working eight hours in your current job, but would you come and work for us eight hours afterwards in the evening?’ then I would come happily. On behalf the humanity, I can allocate all of my personal time to the state,” he said.

Peoples’ Democratic Party (HDP) deputy Ömer Faruk Gergerlioğlu used to be also a state doctor who was dismissed from his duty via a KHK.

“Currently 15,000 medical staff are idle, whereas the currently working [medical] staff are very uneasy [about themselves getting infected] and are tired. If these 15,000 medical workers were in the U.S. or Italy, they would have been reinstated to their jobs immediately,” he said.